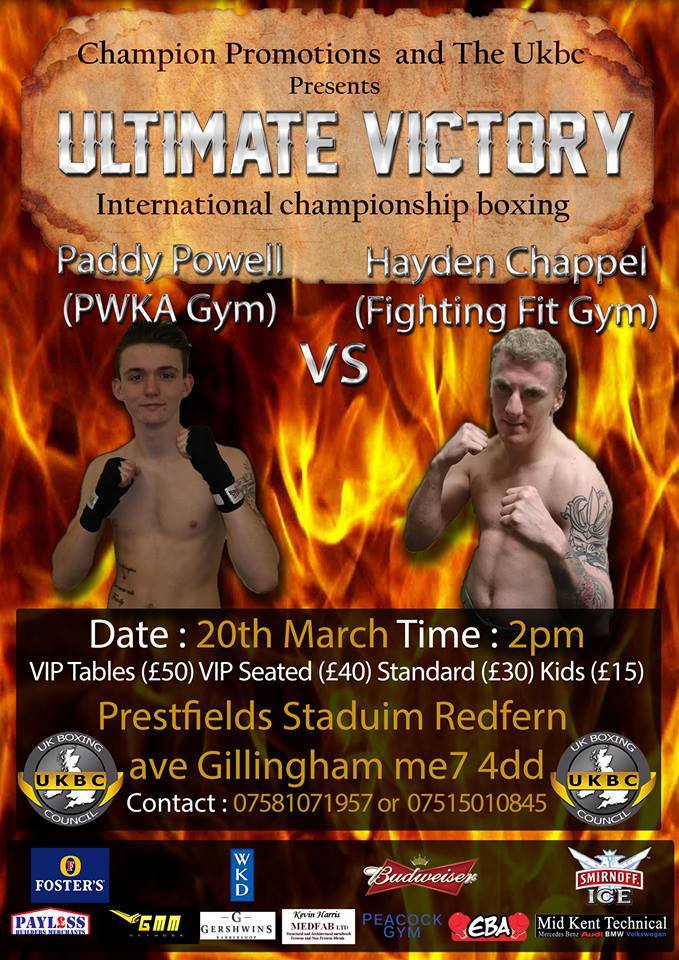 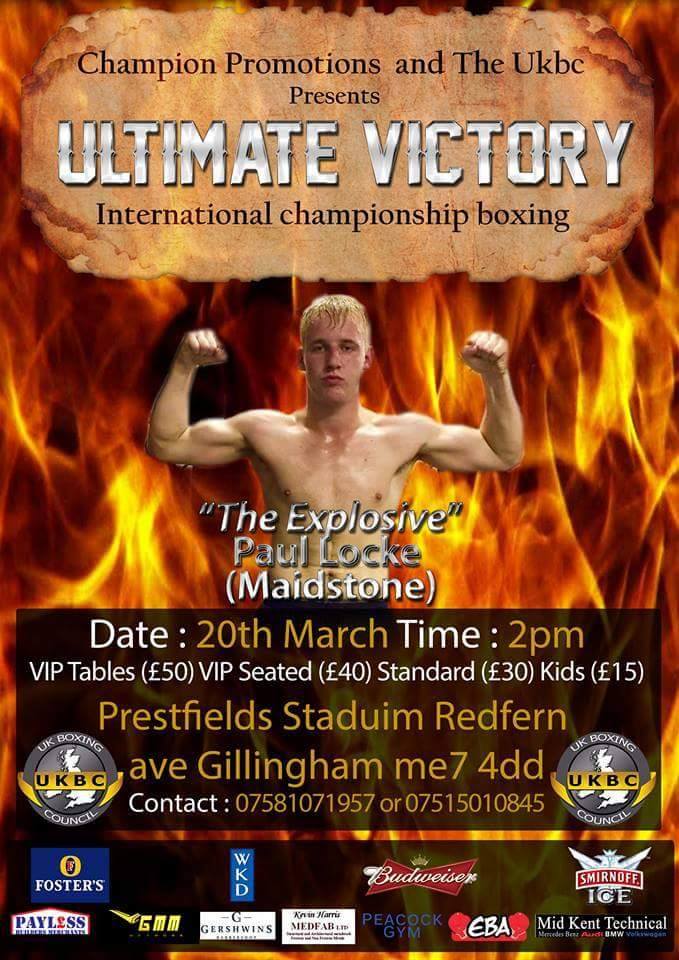 We had 3 fighters on at priestfield stadium 20th March.
First up was paddy Powell he started well but was then hit with a few big shots that he took well. Paul Wiffen felt he didn’t need to take anymore so called a stop to the fight and Paddy will come back stronger next time out .

Paul Locke was next up working well off the front foot with lovely movement and accurate shots on target, got a victory on points.

Last of the night for PWA was Craig Salmon after beating the Irish lad a year ago for the 4 nations title this was always going to be a tough but great fight and it proved to be so. Craig was on the front foot for 6 rounds cutting the ring down making Glenn work and not giving him any rest.

The fight went the distance with a split decision going to Glenn, I personally believe Craig nicked it, loosing rounds 1-2 with 3 a draw but winning 4-5&6 but we will come back stronger.